A VPN is a private network that uses a public network (usually the Internet) to connect remote sites or users together. The VPN uses “virtual” connections routed through the Internet from the business’s private network to the remote site or employee. By using a VPN, businesses ensure security — anyone intercepting the encrypted data can’t read it.

How does a VPN work ?

Each remote member of your network can communicate in a secure and reliable manner using the Internet as the medium to connect to the private LAN. A VPN can grow to accommodate more users and different locations much more easily than a leased line. In fact, scalability is a major advantage that VPNs have over leased lines. Moreover, the distance doesn’t matter, because VPNs can easily connect multiple geographic locations worldwide.

Why do you need a private VPN ?

Using an encrypted, private VPN from a reputable provider is extremely important if you want to prevent your computer from becoming some hacker’s pawn.

The most sensitive information we put out on the internet is usually our financial information. If a hacker gets just the right mix of bank account numbers, credit card numbers, user names, and passwords they can gain access to those accounts and open new ones in your name. Most banks have security measures to notify you if someone has been viewing your information from a suspicious location, and credit cards will often reimburse you for charges that were made by someone else. Unfortunately, they don’t always notice or catch the hackers before serious damage has been done to your financial status and credit rating. This is why, even if you have the latest security software on your computer, you might want to log in to your financial accounts through your dedicated VPN instead of straight out of your home gateway.

As if stealing isn’t enough, some hackers will install viruses and worms on your computer that will slowly infect all your files and every other server your computer communicates with. After planting their malicious program deep in the hidden files of your computer, they can actually use your computer remotely as the control center to visit sites they don’t want to be tracked to and even carry out tasks they wouldn’t do from their own computer.

As you might know, your internet provider has constant access to: which websites you’ve visited, what you did while visiting those websites, which files (pictures, films, music files) you’ve downloaded, and more. However, when you use a Private VPN, all your traffic is encrypted so not even your provider knows which web pages you’ve visited or what you did while you were there, etc.

Private VPNs enable you to bypass any access restrictions imposed by governments or internet service providers, thus allowing you to safely visit Internet sites that your government or ISP doesn’t want you to see. Our service also allows the free and secure use of VoIP Services such as Skype, MSN and ICQ.

It is easy to block websites in regions that are not profitable or are somehow considered a threat to a certain company or ideology. Using a private VPN service will help you bypass restrictions and keep your information protected when you want to purchase some special item or access your bank account.

A VPN’s purpose is providing a secure and reliable private connection between computer networks over an existing public network, typically the Internet.

A private VPN protects data while it’s traveling on the public network.
If intruders attempt to capture the data, they should be unable to read or use it.

Users at remote locations are always able to connect to the VPN without any no trouble (unless hours are restricted), and the VPN should provide the same quality of connection for each user even when it is handling its maximum number of simultaneous connections.

Private VPNs have built in scalability

As your demands incerease, you should be able to extend your VPN services to handle that growth without replacing the VPN technology altogether

I want to give big vouch sslprivateproxy excellent service, great support and price is reasonable too. — Vasim, Testimonials 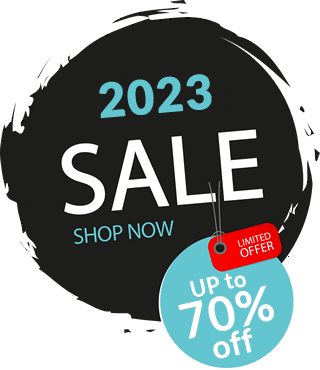