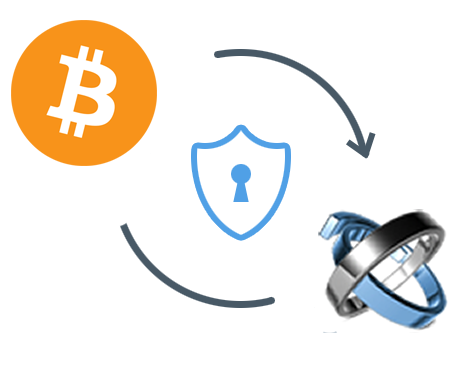 In 2013 a meteor explodes over Russia, injuring over 1 491 people. Cyprus is almost bankrupt, asks for a bailout and Nelson Mandela passes away. The world has been a busy place. That same year saw Bitcoin rise to more than $1000. With its meteoric rise, Bitcoin emerged from the Internet underworld to mainstream media headlines.

Overnight, everybody was talking about Bitcoin. As always, with the kind of publicity Bitcoin received, it was a matter of time until retail investors flock in. At the same time with retail investors you get an increase in trading volume, in traffic towards Bitcoin exchanges and as always an increased risks for everybody involved in the Bitcoin ecosystem.

The first Bitcoin news headline started the count down until the a major hacking attack will succeed. And it succeeded indeed. In February 2014 MT Gox, a Japanese exchange, was hacked, went off-line and eventually declared bankrupt. Most of its users funds vanished.

Either if your company is dealing in Bitcoin or just received payments in the virtual currency, it is important to understand the reasons why in order to continue safely using Bitcoin, you will need to stay as anonymous as possible. Here are just a few reasons why staying anonymous is the only way to have a safe exposure to this phenomenon.

BITCOIN IS NOT 100% ANONYMOUS

Although your IP is not published in the block-chain, a diligent hacker will find your IP without any problems. What happens to disclosed IPs and Bitcoin wallets? They become vulnerable.

In block-chain technology, your identity or your company name are unknown, but not your wallet. The truth is that Bitcoin is not at all anonymous. Every transaction is recorded and documented within the block-chain.

There is no wonder that most tech savvy users are exchanging their Bitcoin only through TOR. But for a company, there is a more professional way of doing these deals, or trades in Bitcoin. Which is through private proxies. On the surface, everybody will know that you are a Bitcoin exchange or company, but due to private proxies, they will never manage to detect your on-line data flow.

Why? Because the lack of regulation incentives the other market participants or users to play dirty. The lack of punishment will encourage them to try to steal from the others. It is pure psychology.

Even if your company is located in United States and you might feel confident in the legal system, the gray area in which your company activates makes it more appealing for hackers to try their lack on you.

Your corporate headquarters located in a sky-scrapper is safe. But you should keep your internal data and information anonymous and away from potential hackers. By using private proxies you can divert you outflow data and keep it in the shadow as much as you like. No Bitcoin attacker will ever understand your operational data flow.

By keeping them guessing, you will keep them away.

Most users of virtual currency are either from China or from other developing countries. Your users should not be a safety concern. But as most detectives know, the best heists are made from the inside, when the attacker knows the inner workings of a bank or of a company.

A black hat user will try to look legitimate. He will try to do business with your company. However, his main goal will be to understand your data flow and look for vulnerabilities.

Even if your website in using Amazon Web Services, you will need the rest of you Internet data flows to stay anonymous. Within the company, information can circulate via VPN, a virtual private network. But for any outside interaction you will need private proxies to keep you virtual address anonymous.

The future is uncertain. Nobody can guess it. Who know what will become of Bitcoin. But as history proves it, when a domain gets interesting for the general public, at the same time hackers are getting more involved in their work of finding vulnerabilities to exploit them for a profit.

If Bitcoin is an integrated part of your business, you need your on-line informational flow to stay anonymous. You have to stay this way because the lack of regulation in this industry tends to stimulate a dangerous behavior without punishing those who try to steal or exploit others.

excellent product and excellent customer service, the proxies are great and the staff is extremely helpful
I would recommend sslprivateproxy to anyone in need of proxies! — Travis, Testimonials